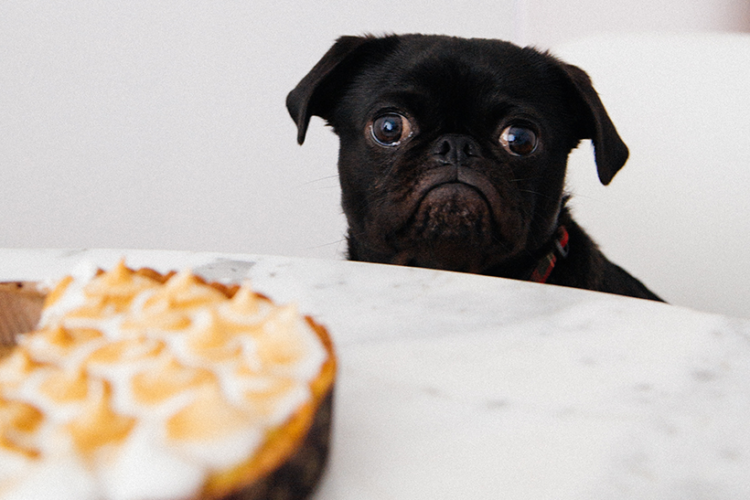 We would love to offer foods we eat to our dogs, maybe to treat them for being good, but unfortunately, it is important to note that humans and dogs metabolise food differently.

With that being said, some foods we consume are toxic to our dogs and could lead to food poisoning or worse, death.

I did some research and here are Twenty Three (23) Human Foods Dogs Should Not Eat:

It contains a toxic compound that could lead to vomiting, lethargy, anorexia, and diarrhoea. It could cause decreased urine output, ataxia, or weakness.

Raisins, just like grapes have been found to be dangerous for your dog to consume in a research paper by the American Society for the Prevention of Cruelty to Animals (ASPCA) Animal Poison Control Center

It also contains a toxic compound that could lead to vomiting, lethargy, anorexia, and diarrhoea. It could also cause decreased urine output, ataxia, or weakness.

Chocolates should never be offered to dogs. They are even more toxic to small dogs.

They contain theobromine and caffeine that have been found to be toxic if ingested by dogs.

Darker Chocolates has also been discovered to be more toxic than other variants of chocolates.

Salt, when ingested in large amounts can be fatal to dogs.

Salt can easily be mistakenly offered to dogs because it is, almost always, used to season most foods eaten by humans. As such, it is important to check labels for the ingredients list before offering any snack to your dog.

It is important to be wary of salt because if ingested in large amounts could result in seizures, dehydration, diarrhoea and vomiting.

Almonds are difficult for dogs to digest and should be limited in your dog’s diet.

Almonds are high in calories and fat and could lead to weight gain in dogs.

They should be offered unsalted, plain and in small quantity, if they are to be fed to dogs. This is because they could cause vomiting and diarrhoea when consumed in large quantity.

Macadamia nuts are also high in fat and can lead to a dog developing pancreatitis.

Onions in every form; powder or leaves, are dangerous to dogs if consumed.

They contain a toxic compound that damages a dog’s red blood cells, reducing their ability to carry oxygen through the body, resulting in anemia

Cottage cheese can cause food allergies in dogs.

Although it has not been found to be fatal in dogs, it should be limited in their diet as it could lead to diarhhea and nausea.

Avocado should NEVER be fed to a dog.

They contain a compound called Persin, that has been found to be toxic to dogs when ingested. Persin is a fungicidal toxin found in both the fruit and leaves of the avocado tree.

Avocados will trigger fluid accumulation in the lungs and chest, leading to difficulty breathing and death due to oxygen deprivation.

Unripe, green tomatoes, although not toxic to humans, can be toxic to dogs as they contain small amounts of tomatine, a toxic glycoalkaloid.

Small quantities of red, ripe tomatoes can be fed to dogs as large amounts of can nausea, an abnormal heart rate, muscle weakness and difficulty breathing.

Coffee and tea are dangerous to dogs as they contain theobromine and caffeine that have been found to be toxic if ingested by dogs.

Caffeine and theobromine after being ingested can lead to restlessness, polydipsia, urinary incontinence, vomiting, and perhaps diarrhea.

Garlic should never be fed to a dog.

Although garlic is not as toxic to a dog as an onion is when used in moderation, it still contains a toxic compound called thiosulfates.

Thiosulfate may lead to anemia by damaging your dog’s red blood cells. Garlic consumption may also lead to symptoms like vomiting and diarrhea in dogs

Xylitol is dangerous to dogs and should never be fed to them.

Alcohol should never be offered to a dog, even as a Joke.

Dogs cannot tolerate alcohol, even in a small amount. Alcohol contains ethanol and could result in ethanol poisoning.

Alcohol can be found in most items in our household and should be kept away from the reach of our dogs, they include items such as perfumes, mouthwash and cleaning products.

Cinnamon, although not toxic to dogs could lead to the irritation of the mouth and digestive system when consumed in large quantities.

It should be noted that small breed dogs may be more sensitive to smaller amounts of cinnamon than large breeds.

Nutmeg contains myristicin, a compound that is toxic to dogs when consumed in large quantities and as such, Nutmeg should never be fed to dogs.

Dogs should be kept away from foods containing Nutmeg as an ingredient as it may lead to disorientation, stomach pain, seizures, increased heart rate, high blood pressure and dry gum.

Honey, although not toxic, should be limited or removed from a dog’s diet.

This is due to its high sugar and caloric content that can result in obesity in dogs.

Dogs are notoriously lactose intolerant and as such, Milk should be limited or eliminated from their diet.

If consumed in large quantity, it could lead to a frequent discharge of gas, diarhhea and tummy ache in dogs.

The skin of lemon and lime contain a toxic compound called psoralen which could lead to vomiting, diarrhea and depression.

It is important to securely store lemons and limes away to prevent accidental consumption by our dogs; they sincerely do not know any better.

Raw yeast dough should never be fed to dogs as they are known to produce alcohol when they ferment. This could result in alcohol poisoning.

Peanuts are one to be wary of. Plain and unsalted can be harmless when fed to dogs in small quantities.

Most peanuts we consume comes salted and salt, as we have learnt earlier, can be harmful to dogs when consumed in large quantity.

Cherries are not harmful when fed to dogs wit the pit removed and in small quantities. When consumed in large amounts though, it may result in diarhhea in dogs.

It is important to remove the pit of a cherry before offering it to your dog because the pits contain Prussic acid (also known as hydrocyanic acid, hydrogen cyanide, or cyanide) that can be deadly to dogs.

Chive and leek have been found to be toxic to dogs because they contain a compound called organosulfoxides, that could lead to depression, anemia, vomiting, diarrhea, abdominal pain and, less frequently, hematuria, and convulsions.

In conclusion, dogs are indiscriminate eaters and as such are very prone to ingesting foods that could be toxic to them if left unattended or unsecured.

It is important to memorize these foods we consume as humans that are harmful to dogs because it could be useful in your feeding and treating decision making.

As a quick reminder, here is a list of the 23 human foods dogs cannot and should not eat:

We at Tiny Woofs are dedicated to learning and sharing everything we can about small dog breeds in all their adoring shapes, forms and sizes. :)